The Court of Appeal of Ghent criticizes the first degree judgement and concludes shunning is protected by religious liberty principles.

Bitter Winter discussed in several articles the controversial criminal decision rendered by the Court of Ghent, Belgium, on March 16, 2021, which stated that suggesting that current members of a religious organization do not associate with ex-members who have been disfellowshipped or have left the organization amounts to discrimination and incitement to hatred, and should be forbidden in Belgium.

CESNUR, the parent organization of Bitter Winter, organized a webinar on the Ghent decision, where several leading scholars of both the Jehovah’s Witnesses and religious liberty presented papers. They all agreed that the Ghent judges had created an extremely dangerous precedent for religious liberty in general, and expressed the hope that the decision can be overturned on appeal.

Happily, on June 7, the Court of Appeal of Ghent has agreed with these scholars, and completely overturned the first degree decision. Indeed, the appeal judges criticized how the criminal investigation was conducted, noting that only disgruntled ex-members of the Jehovah’s Witnesses and opponents were interrogated. Representatives of the Jehovah’s Witnesses in Belgium were not heard, despite the fact that they had made themselves available. The court also noted the role of the federal Belgian anti-discrimination agency UNIA, which acted as a civil party and whose arguments the appeal judges also answered.

The Court of Appeal first reiterated that collective freedom of religion of religious organizations is also protected, and according to a unanimous case law of the European Court of Human Rights (ECHR) it includes the right of excluding members based on the organization’s own theology and criteria. That somebody is no longer one of the Jehovah’s Witnesses is announced in congregational meetings. Freedom of religion, however, “also implies the right to make known to the devotees who does or does not belong to the religious community,” and the Jehovah’s Witnesses’ announcement policy is thus also protected.

The parties do not dispute, the appeal judges said, that “the exclusion policy stems from a religious conviction or a rule of faith, more specifically an interpretation—specific to the Jehovah’s Witnesses—of certain Biblical texts.” This seems to be obviously protected by freedom of religion. However, the first degree decision and UNIA argued that religious freedom is “not unlimited.”

As a general principle, the appellate court stated, this is correct. The European Convention on Human Rights allows for limitation of religious liberty “necessary in a democratic society.” However, “the protection granted by Article 9 of the European Convention on Human Rights is quite comprehensive, and the margin of appreciation of the authorities—in this case, the criminal courts—correspondingly small.”

In the case “Jehovah’s Witnesses of Moscow and others v. Russia,” the ECHR, the appeal court noted, ruled that a religious conduct that causes alienation of family members with different religious beliefs is also protected by Article 9. The appeal court also quoted the landmark ECHR decision “Sindicatul,” which stated that there is no “right to dissent and dissidence” within a religious organization, and the latter is free to exclude dissidents. Individuals’ religious liberty is still protected, because they can leave the organization and join or establish another religious group, as several of the civil parties in fact did.

The appeal court judges also noted that the law cannot compel members of a religious community to associate with those who have left their community if they do not wish to do so. However, UNIA argued that in the case of the Jehovah’s Witnesses the shunning policy violates the religious liberty of the individual members, for whom leaving becomes difficult or even impossible because they know that if they leave they will be shunned.

The appeal judges observed that “almost all the civil parties and registered injured parties in the case are former members of the Jehovah’s Witnesses, which seems difficult to reconcile with the argument that the shunning policy makes it impossible or unreasonably difficult to leave this faith community.” Indeed, the appeal court noted, many leave the Jehovah’s Witnesses every year, and are not prevented from doing so by their knowledge of the shunning policy.

UNIA also argued that the religious liberty of those who remain in the Jehovah’s Witnesses’ organization is violated, because they are compelled to follow the shunning policy and, if they do not comply, they are disfellowshipped. Based on documents and witnesses, the appeal court doubts that such is factually the case in all instances where the shunning policy is not complied with.

More importantly, the appeal judges note that teaching and practicing shunning, and even making it an essential policy of a religious organization (which also happens, the appeal court observes, in religions other than the Jehovah’s Witnesses, including within Orthodox Judaism and several schools of Islam), cannot be prohibited per se under Belgian anti-discrimination law interpreted within the framework of the European Convention of Human Rights. Courts can certainly examine whether ex-members are “stalked, harassed, bullied, or threatened” by members in good standing. However, this is not happening in the case of the Jehovah’s Witnesses, who merely practice a form of “passive social avoidance.”

The first degree court quoted a lecture given in 2013 by an elder who vituperated against the “apostates.” He did not incite to violence either, the appeal judges observed, and he distinguished between “apostates,” i.e., ex-members who convert themselves into militant opponents of the Jehovah’s Witnesses, and those who simply leave the organization but do not devote their life to publicly attacking it. The elder (my comment, not the judges’) indeed correctly applied the prevailing sociological concept of “apostates.”

While UNIA insisted that shunning condemns its “victims” to a total “social isolation,” the appeal judges countered that this is not the case. The Jehovah’s Witnesses are a tiny percentage of the Belgian population. The shunned ex-members are still free to associate with the large majority of Belgian citizens who are not Jehovah’s Witnesses.

There is a special case, the appeal judges said, that needs to be examined. While relations of friendship are not constitutionally protected, and everybody is free to break them and refuse to interact with former friends, article 22 of the Belgian Constitution offers a special protection to relations between spouses and between parents and minor children. These relations can be broken only by following procedures regulated by the law, which provides for divorce and care of minor children when the spouses separate and in other cases.

The appeal judges noted that the Jehovah’s Witnesses teach that marital relationships between cohabiting husbands and wives should continue even when one of the spouses is no longer one of the Jehovah’s Witnesses, and the care of minor children should also continue. In this case, “shunning” only means that the ex-member no longer participates in the family’s religious activities.

The appeal court did acknowledge that some ex-members testified that after they left the Jehovah’s Witnesses they were mistreated by their spouses and a divorce followed, but it observed that it is unclear whether in these cases religious problems were the only cause of the disagreement. At any rate, the appeal judges noted, nobody who so wishes can be prevented from filing for divorce.

The appeal court concluded that teaching and practicing the shunning policy is lawful in Belgium, and cancelled the criminal penalties imposed on the Jehovah’s Witnesses by the Court of Ghent. It is significant that the appeal judges rendered their decision on the same day when the European Court of Human Rights declared that the 2017 “liquidation” of the Jehovah’s Witnesses in Russia was unlawful. The Court of Appeal of Ghent correctly applied the principles established by the ECHR in its numerous decisions about the Jehovah’s Witnesses, restored the rule of law, and affirmed that, unlike in Russia, in democratic societies courts protect the corporate liberty of religious communities to organize themselves as they deem fit. 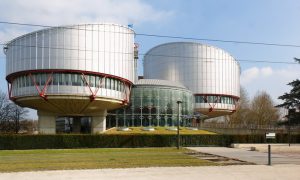