The UN General Assembly has unanimously adopted a resolution initiated by Turkmenistan, declaring the year 2021 as â€˜The International Year of Peace and Trust.â€™

The announcement was made in Turkmenistan on Monday when President Berdymuhamedov spoke to his cabinet members through the digital video link.

The president congratulated his team on the adoption of the resolution by the world community. Here is the summary of his remarks:

One of the key goals of the foreign policy of neutral Turkmenistan is to ensure a high level of security and stability in the region and around the world.

In this direction, international initiatives put forward by the Turkmen side within the framework of the United Nations are of particular importance for the practical implementation of the neutral legal status of the Fatherland, the protection of peace and the enhancement of a culture of mutual trust between different states.

The foreign policy of Turkmenistan, based on the principles of positive neutrality, is built around the original features and traditions of the Turkmen people as benevolence, peacefulness, humanism.

This strategy of our country to expand international cooperation and search for positive solutions to issues of universal progress is warmly supported by the world community.

This document, adopted at the initiative of our country, is a vivid testimony of the international communityâ€™s full support for the foreign policy of neutral Turkmenistan, which is being implemented in the name of ensuring universal peace, security and sustainable development.

Pursuing an â€œopen doorâ€ policy, our sovereign Fatherland is currently carrying out peaceful, friendly, wide-ranging mutually beneficial cooperation with neighboring states and various countries of the planet in the political, economic, cultural and humanitarian spheres.

In the current difficult conditions of our time, Turkmenistan is confidently promoting human-political initiatives of historical significance in the international arena in the context of maintaining peace on the planet, protecting the environment, ensuring economic, energy and food security, and effectively combating global threats.

Guided by a neutral legal status and international obligations, our state Â advocates the resolution of all issues by political and diplomatic means, mainly through the United Nations and other major authoritative organizations.

Turkmenistan through concrete deeds confirms that the principles of neutrality, peacefulness, good neighborliness were and remain the basis of its foreign policy.

A resolution of the UN General Assembly, on its own, is just an expression of a will or an aspiration. At best, it can point in the right direction and provide a roadmap to go there. It is for the members of the United Nations to match their deeds with the words of the resolution to move toward the intended goal â€” in this case the world peace being the goal.

It is universally recognized that peace is a joint responsibility of the mankind. The keyword here is â€˜responsibility.â€™

As can be seen from the text of the resolution (given later in this report) the entire world community has been asked to mobilize the efforts to promote peace and trust among the nations, and asks all the state and non-state stakeholders to actively engage in the pursuit of peace.

Turkmenistan has strong credentials to serve as a viable proponent of peace. Permanently neutral since 1995, Turkmenistan is the host to the UN Regional Centre for Preventive Diplomacy in Central Asia (UNRCCA). This unique outpost of the United Nations, established in 2007, is successfully serving the region in dealing with the situations that may have the potential to turn into hot conflicts.

Peace and trust are twin strands; one takes strength from the other.

Peace is capricious. If not taken care of, it can wither away.

Peace is narcissist. It doesnâ€™t want to be taken for granted.

With the situation escalating in the Middle East, and active hotspots in South Asia, there is every reason for alarm.

Even though the year 2021 has been declared as the International Year of Peace and Trust, the prudent thing would be to treat every year, every month, every week, every day, as the moment for Peace and Trust.

The real success would be to be able to start the year 2021 with robust peace and universal trust in the world.

International Year of Peace and Trust, 2021

Reaffirming the Charter of the United Nations and its purposes and principles, and especially the commitment to settle disputes through peaceful means and the determination to save succeeding generations from the scourge of war,

Recognizing the important role of the United Nations in developing friendly relations among nations,

Acknowledging that the approach of multilateralism and diplomacy could reinforce the advancement of the three pillars of the United Nations, namely, sustainable development, peace and security and human rights, which are interconnected and mutually reinforcing, while observing respective mandates and the Charter,

Recognizing the importance of the Declaration and Programme of Action on a Culture of Peace, [1] which serve as the universal mandate for the international community, particularly the United Nations system, for the promotion of a culture of peace and non-violence that benefits humanity, in particular future generations,

Recognizing also the urgent need to promote and strengthen preventive diplomacy, inter alia, through multilateralism and political dialogue, and the important role of the United Nations in this regard,

Acknowledging that peace and trust entail accepting differences and having the ability to listen to, recognize, respect and appreciate others, as well as living in a peaceful and united way,

Recognizing the role of international, regional and subregional organizations, in accordance with their mandates, in the promotion and preservation of peace, Recognizing also that peace not only is the absence of conflict, but also requires a positive, dynamic participatory process where dialogue is encouraged and conflicts are solved in a spirit of mutual understanding and cooperation,

Stressing the importance of preventive diplomacy in supporting the efforts of the United Nations to promote the peaceful settlement of conflicts, in order to preserve peace,

Reaffirming also the United Nations Millennium Declaration [2] and its resolution 70/1 of 25 September 2015, entitled â€œTransforming our world: the 2030 Agenda for Sustainable Developmentâ€,

Encouraging the continued and increasing efforts and activities on the part of civil society organizations throughout the world in advancing a culture of peace, as envisaged in the Declaration and Programme of Action on a Culture of Peace, 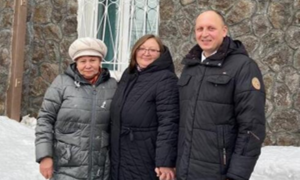 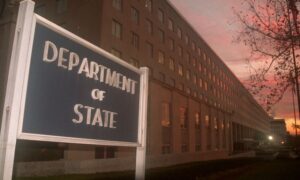 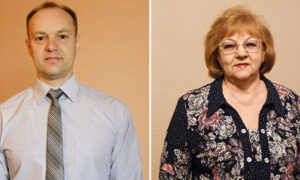 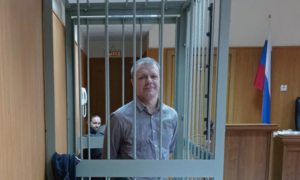 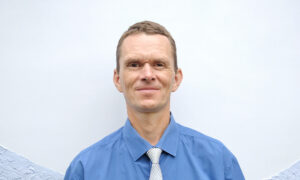 Another Jehovah’s Witness Jailed a two-year In Russia 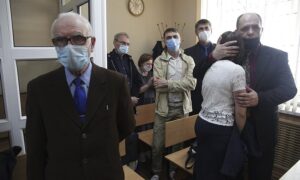