The central court in the Belarusian city of Homel has acquitted a Jehovah’s Witness who had been charged with avoiding mandatory military service, RFE/RL’s Belarus Service reports.

Dzmitry Smyk said that his belief did not allow him to bear arms. Judge Alena Tsalkova ruled that “Smyk’s actions do not constitute a crime.”
Smyk told RFE/RL after he left the courtroom a free man that he felt happy that justice had prevailed.
The Homel prosecutor has 10 days in which to file a motion against the court’s decision.
Viktar Adzinochanka, who is a lecturer at Skaryna Religious University and a representative of the Christian Association in Belarus, told RFE/RL that the Belarusian authorities recently adopted a more realistic attitude toward Jehovah’s Witnesses.
In Belarus, every male between the age of 18 and 27 has to serve in the army for two years.
Dzmitry Smyk after his acquittal 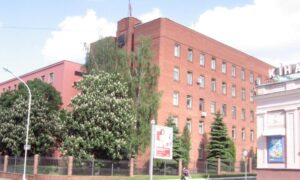 BELARUS: “Alternative service exists, not for me” 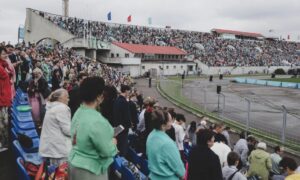