Incident not targeted attack on Jehovah’s Witnesses, members believe Provincial police continue to search for the suspect who caused damage to a church in New Liskeard. Police said multiple fires were set at a Kingdom Hall earlier this month. 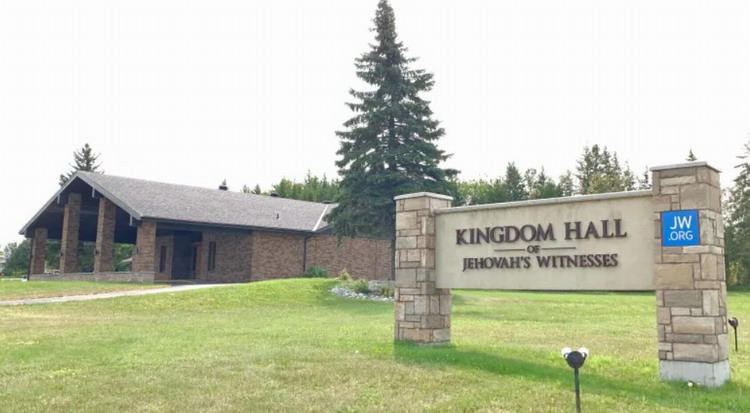 Volunteers have worked to clean up the vandalism, which also included broken windows and serious flooding.

Alan Fiset, a member of the Kingdom Hall who is helping with the cleanup, said he was surprised by the vandalism. “Temiskaming Shores is a really nice little community,” he said. “And we were really surprised something like this happened. It’s not something that we hear of a whole lot here.”

Despite the severity of the damage– estimates from the group peg it at close to $100,000 for materials alone– Fiset doesn’t belive Jehovah’s Witnesses were targeted.

“I think it was just a crime of opportunity because our buildings are sitting empty and over a year and a half, and there’s not much traffic here.

“I really don’t feel it was personal. I don’t feel that it was targeted at all,” he said.

Fiset added the building does not have insurance and relies completely on volunteers for repairs and monetary donations. “When something like this happens, we cover the costs ourselves and we also provide the labour,” he said.

Fiset added that due to the pandemic, many of the Kingdom Hall’s members have not been there in person in over a year.

“We miss our Kingdom Hall very much,” he said.

A spokesperson with the OPP said the investigation into the incident is ongoing.