SELTERS, Germanyâ€”On the morning of May 19, 2017, the municipality of Techelsberg, Austria, held a ceremony in remembrance of Jehovahâ€™s Witnesses who were executed or imprisoned in concentration camps by the Nazis. A memorial plaque was unveiled during the event that acknowledged a total of 31 Witnesses as â€œvictims of National Socialism in Techelsberg and its surroundings. The program began with 60 vocalists singing â€œForward, You Witnesses!â€ a cappella. The song, a version of which is still periodically sung during worship services held by Witnesses around the world, was originally composed in the Sachsenhausen concentration camp by Erich Frost, a Witness imprisoned by the Nazis during World War II. Following the musical introduction, guest speakers Mr. Johann Koban (mayor of Techelsberg), Mr. Peter Stocker (grandson of one of the Techelsberg victims, Gregor Wohlfahrt, Sr.), Prof. Peter Gstettner, Prof. Vinzenz Jobst, and Dr. Peter Kaiser (state governor) addressed an estimated 350 in attendance. The Austrian news stations ORF 2 and ORF KÃ¤rnten covered the event along with several local newspapers.
During World War II, 212 of the 550 Witnesses in Austria were sent to concentration camps, mistakenly viewed as a threat to Germanyâ€™s National Socialist regime, both for their neutral political stand and for their refusal to support war efforts. In the concentration camps, Jehovahâ€™s Witnesses were forced to wear purple triangles on their uniforms for identification. A total of 154 Austrian Witnesses died in the Holocaust.
Prior to the commemoration, the five Witnesses from Techelsberg who were executed by the Nazis (Johann Stossier, Anton Uran, Gregor Wohlfahrt, Sr., Gregor Wohlfahrt, Jr., and Willibald Wohlfahrt) were listed on a war memorial as â€œmissing persons,â€ a historical inaccuracy. Prof. Gstettner explained the significance of the plaque: â€œThis brings the historical truth visibly to the fore, now in the right place as a lasting memory to those people, who with incredible courage, and with the whole truthfulness of their faith, testified that steadfastness in resistance to the demands of an inhuman system is morally justified and, in the end, remains victorious.â€
The Techelsberg commemorative plaque for 31 Jehovahâ€™s Witnesses killed, imprisoned, or otherwise victimized by the Nazis during World War II. The plaque quotes a poem written by Franz Wohlfahrt (see box below) and lists the five Witnesses from Techelsberg who were originally listed on a war memorial as â€œmissing persons.â€
Johann Zimmermann, spokesman for Jehovahâ€™s Witnesses in Austria, states: â€œWe appreciate events like this that recognize the courage and faith of Jehovahâ€™s Witnesses in spite of vicious persecution. We hope that this event has served as a sobering reminder of the cruelty that can result when a minority group is erroneously perceived as a pernicious threat to the State.â€
Â
https://www.jw.org/en/news/releases/by-region/austria/town-honors-31-jw-victims-nazi-regime/Â 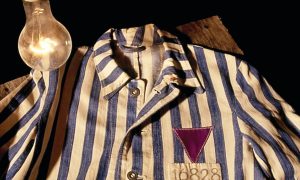 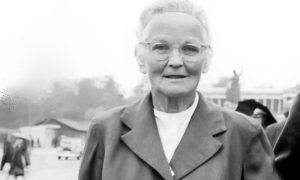 Hours from execution by the Nazis, Judith refused to deny her faith 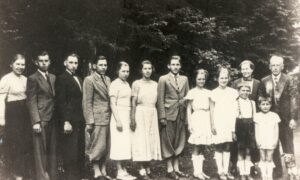 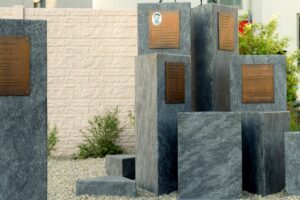 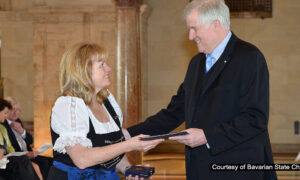